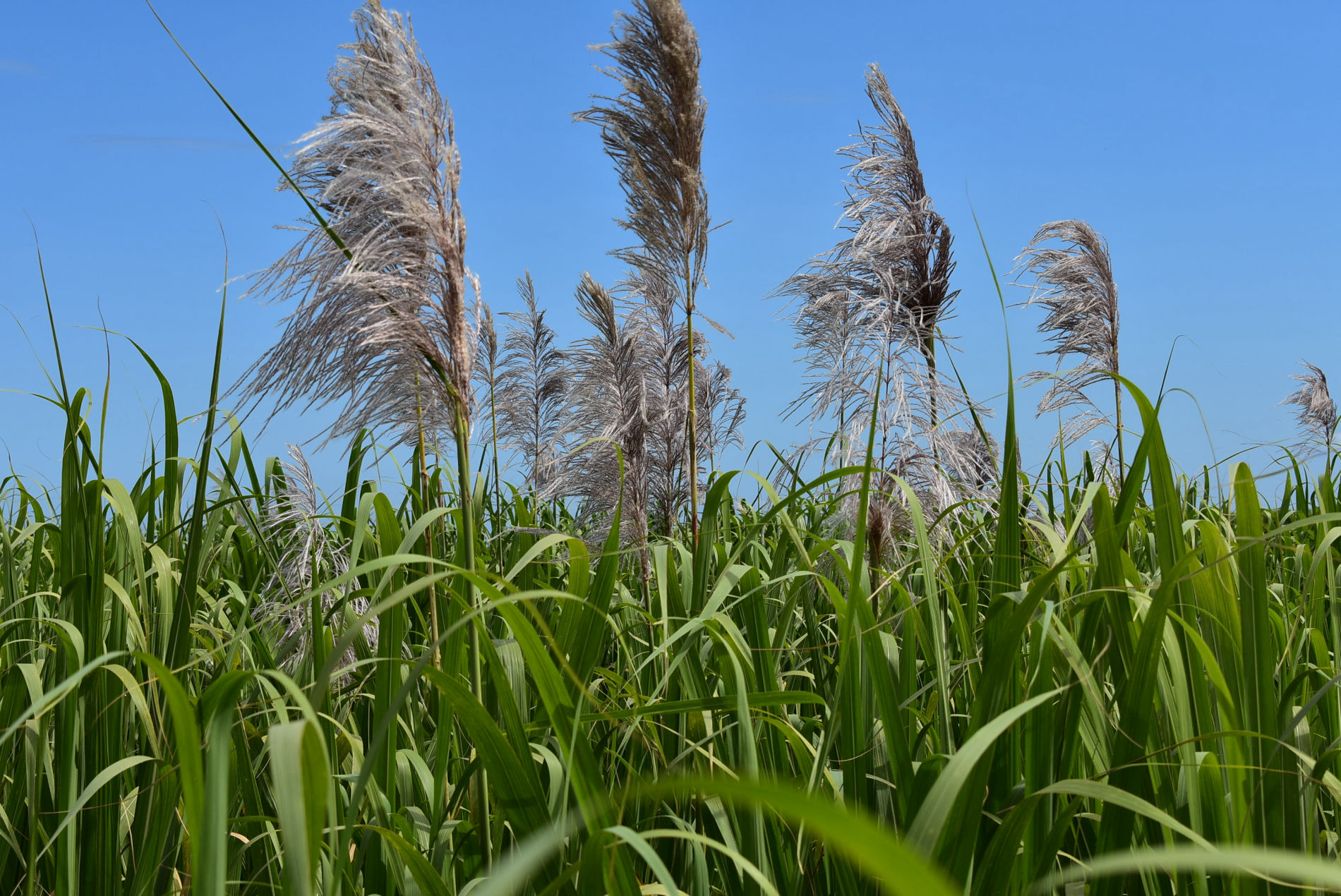 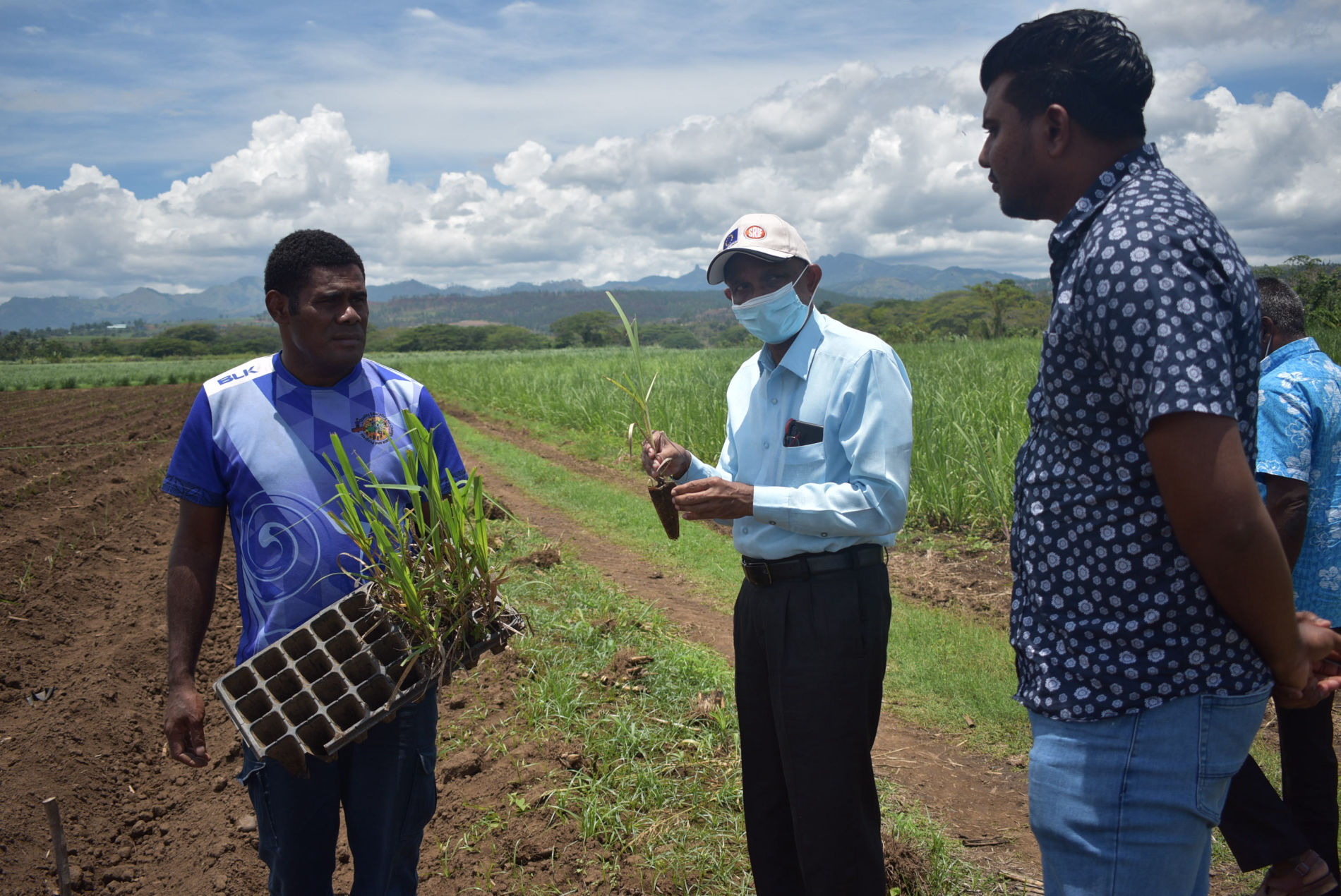 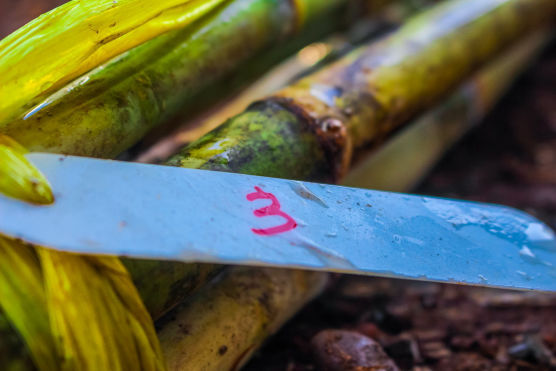 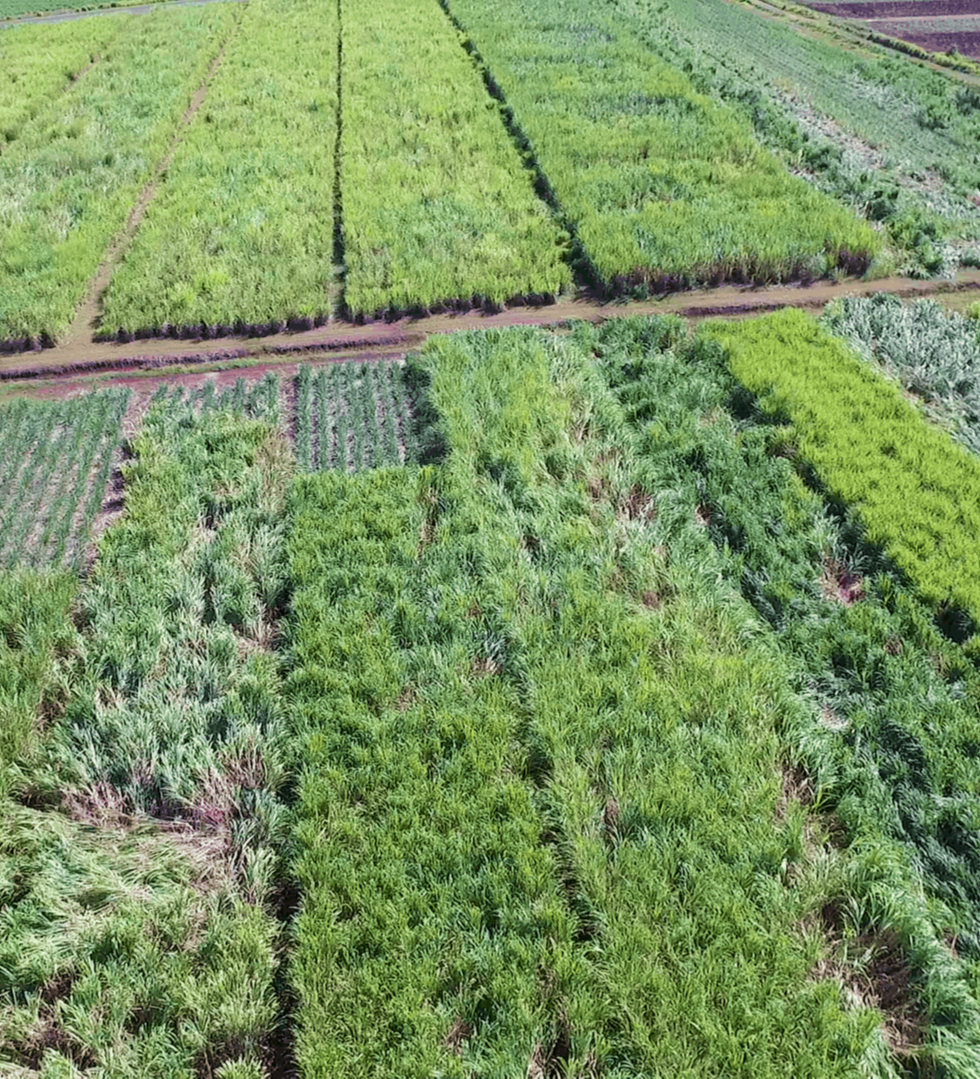 Germplasm is a collection of useful genetic material which are kept and maintained in terms of the whole plant or part of the plant being the reproductive/ vegetative part of the plant. It is used generally for breeding and conservation purpose. In breeding, germplasm is crucial for maintaining important varieties that would be used as parents for crossing (inter-specific and/ or inter-generic). In sugarcane, germplasm is as important to breeders who continuously exploit the gene expression by important hybrids through various combinations and crossing.
Like all major breeding organizations, Sugar Research Institute of Fiji (SRIF) also has its own germplasm collection located in Lautoka, Fiji Islands.

It used to have more than 4000 clones in it which had pure species of sugarcane genera as well as other related genera (Erianthus spp.) and local and imported commercial hybrids. However, due to mechanical harvesting and inconsistent monitoring over the past, the correct identification of the varieties has become questionable as plots and roadways had become heavily infested with volunteer canes whereas some plots have no cane. The current collections and breeding plots will be maintained and re-planted based on assessments. Foreign germplasm (varieties and fuzz) will also be imported and introduced into germplasm after quarantine. 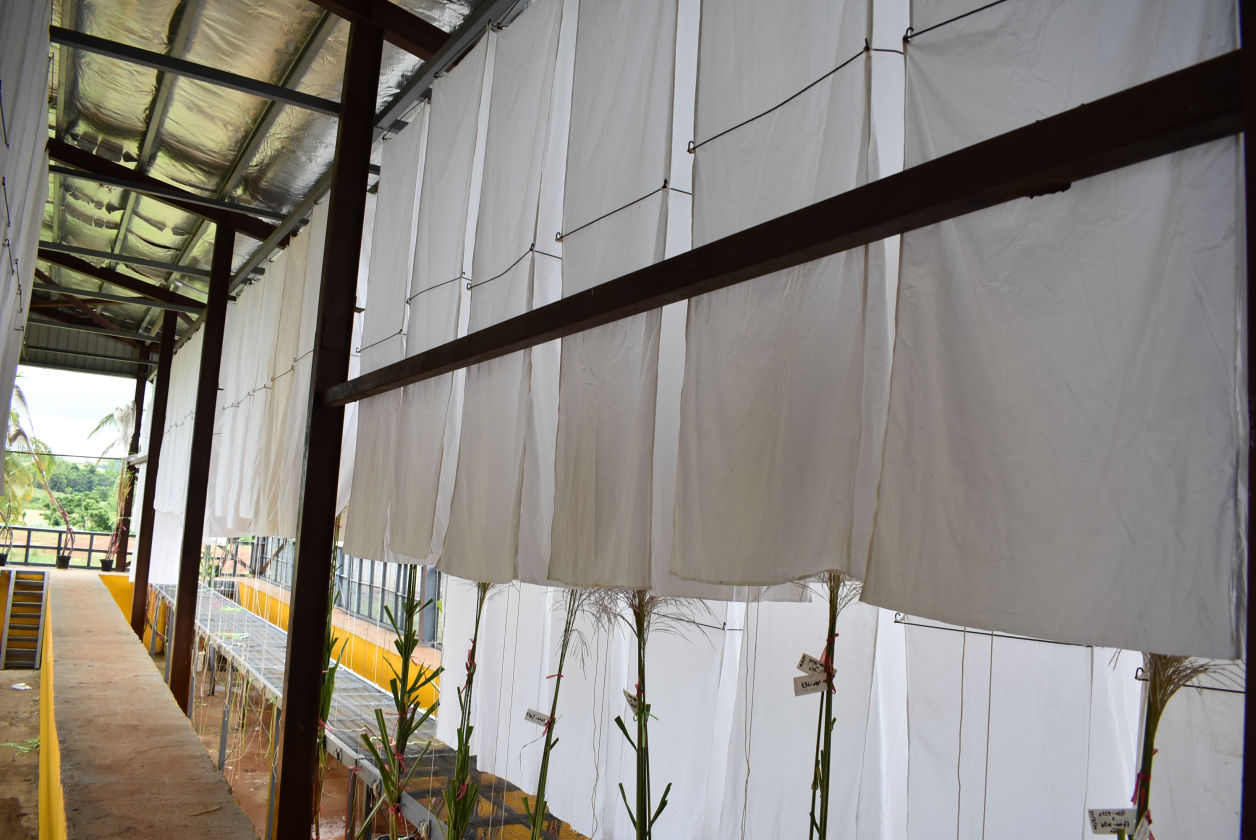 Fiji began sugarcane breeding in 1903 under the colonial Sugar Refinery (CSR). It became the third breeding station after Java and Barbados. In 1968, when South Pacific Sugar Mills changed hands with CSR, cane breeding was carried on as Agricultural Experiment Station. Fiji Sugar Corporation, founded in 1970, became responsible for cane breeding and the breeding station became known as FSC Sugarcane Research Centre. In 2006, the newly established Sugar Research Institute of Fiji (SRIF) assumed responsibility for all sugarcane-related research including cane breeding.

The aim of sugarcane crossing is to produce progeny from different genetic combinations that can be evaluated for developing improved varieties. Crosses are selected according to the objectives of the breeder or institution conducting them. Disease resistance, high cane and sugar yielding, and adaptability and resistance to various environmental stresses, such as drought, waterlogging, salinity, along with suitability for mechanical harvest are some of the desirable traits evaluated in a variety.

Genetic combinations between sugarcane clones with desirable commercial characteristics are made every year by sugarcane breeders. The goal of commercial crossing is to create improved varieties for commercial use. Breeders sometimes make experimental crosses that are interspecific and intergeneric. Interspecific crosses will be conducted within the Saccharum genus while intergeneric cross will be conducted between sugarcane and members of the Saccharum genus complex that includes Erianthus, Miscanthus, Sclerostachya, and Narenga. Normally, the progeny of such crosses is for the development of the parental lines.

Fiji has been amongst the leaders in the exploitation of wild germplasm and creating breeding materials with S. spontaneum, S. officinarum, and Erianthus. Sugar Research Institute of Fiji will continue with these initiatives through its annual crossing program however with more emphasis on commercial crosses and some crosses on Erianthus. 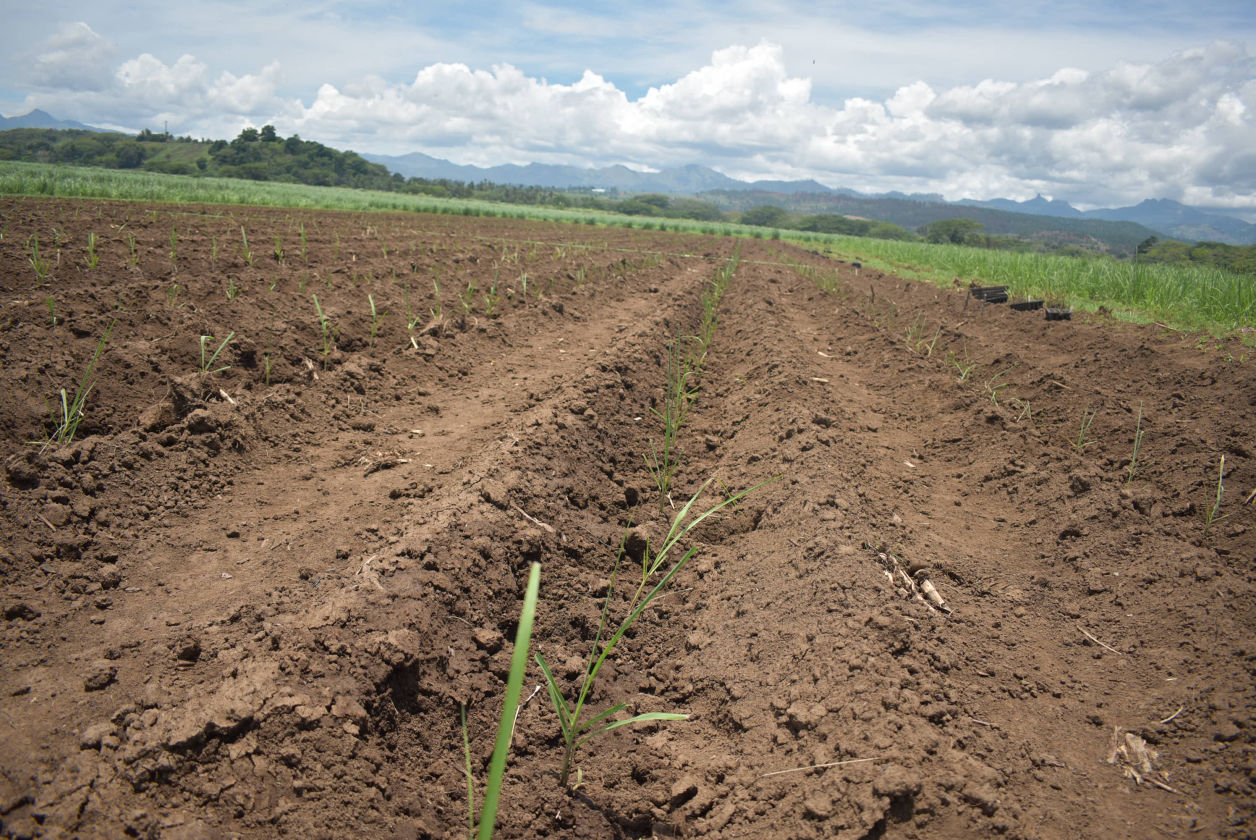 All sugarcane breeding programs have early selection stages attributed to identifying elite clones that would be taken to multi-location trials. The initial population (progeny) is always produced from fuzz either attained from local crossing or imported fuzz which is nurtured till suitable for field transplanting.

Here on the seedling population is referred to as Stage 1 or progeny assessment trial from where selections are clonally propagated and advanced to Stage 2 being referred to as 1st clonal stage. From Stage 2 the selections are taken to larger plot trials which are referred to as observation plots or yield assessment trials. In most programs, the clones are also sent for disease screen within early selection stages.
At SRIF, a similar program is followed for early selection stages i.e. Stage 1 is the seedling stage, Stage 2 being the first clonal stage and Stage 3 being the observation. The initial population (progeny) is produced from fuzz attained from crossing which are nurtured till suitable for field transplanting (Stage 1) from where selections are clonally propagated and advanced to Stage 2.

From Stage 2 the selections are taken to larger plot trials which are referred to as observation plots or yield assessment trials (Stage 3). The clones are also sent for disease screening within early selection stages usually Stage 3. Early selection stages are the foundation of plant breeding program and also being core function of SRIF, it is crucial to maintain the timing of the activities to prevent delays as well as disturbing the flow of activities in the consecutive year.

In recent years, the timing of Plant Breeding trials got slightly distorted due to shortage of manpower/ support staff retention as well as unfavorable weather conditions. The recommendations are in place to have this sorted out following year to avoid further alterations and distortion to the program. 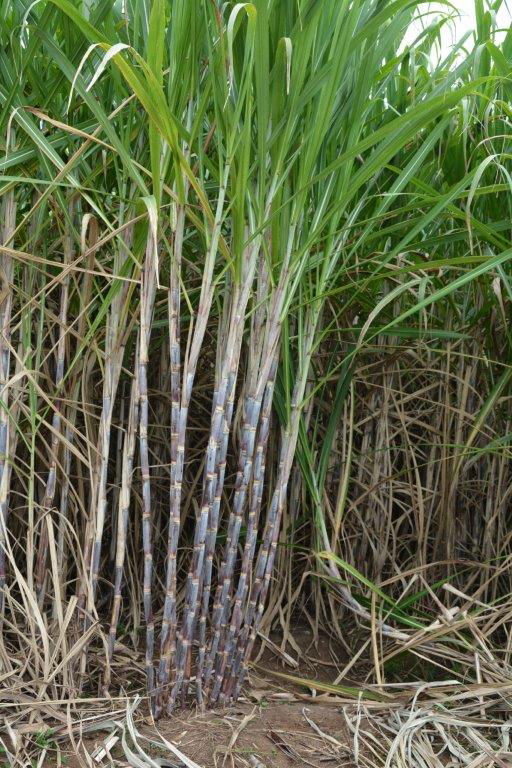 Any commercial cane variety before considered for release has to undergo a Genetic x Environment interaction trial referred to as final assessment trials or adaptation trials. SRIF used to have 2 of these trials per series in its breeding program referred to as Stage 4 and Stage 5 as final assessment trials however this was reduced to 1 to cut down intergeneration time for variety.

The final assessment trials at SRIF now are referred to as Stage 4 whereby elite clones advanced from latter stages are tested at different mill locations. The clones are replicated and sugar data from small mill samples as well as collated field data from plot weights and field observations are collected from the Plant, 1st Ratoon and 2nd Ratoon crop. Propagation plots for subsequent year Stage 4 trial is also planted. 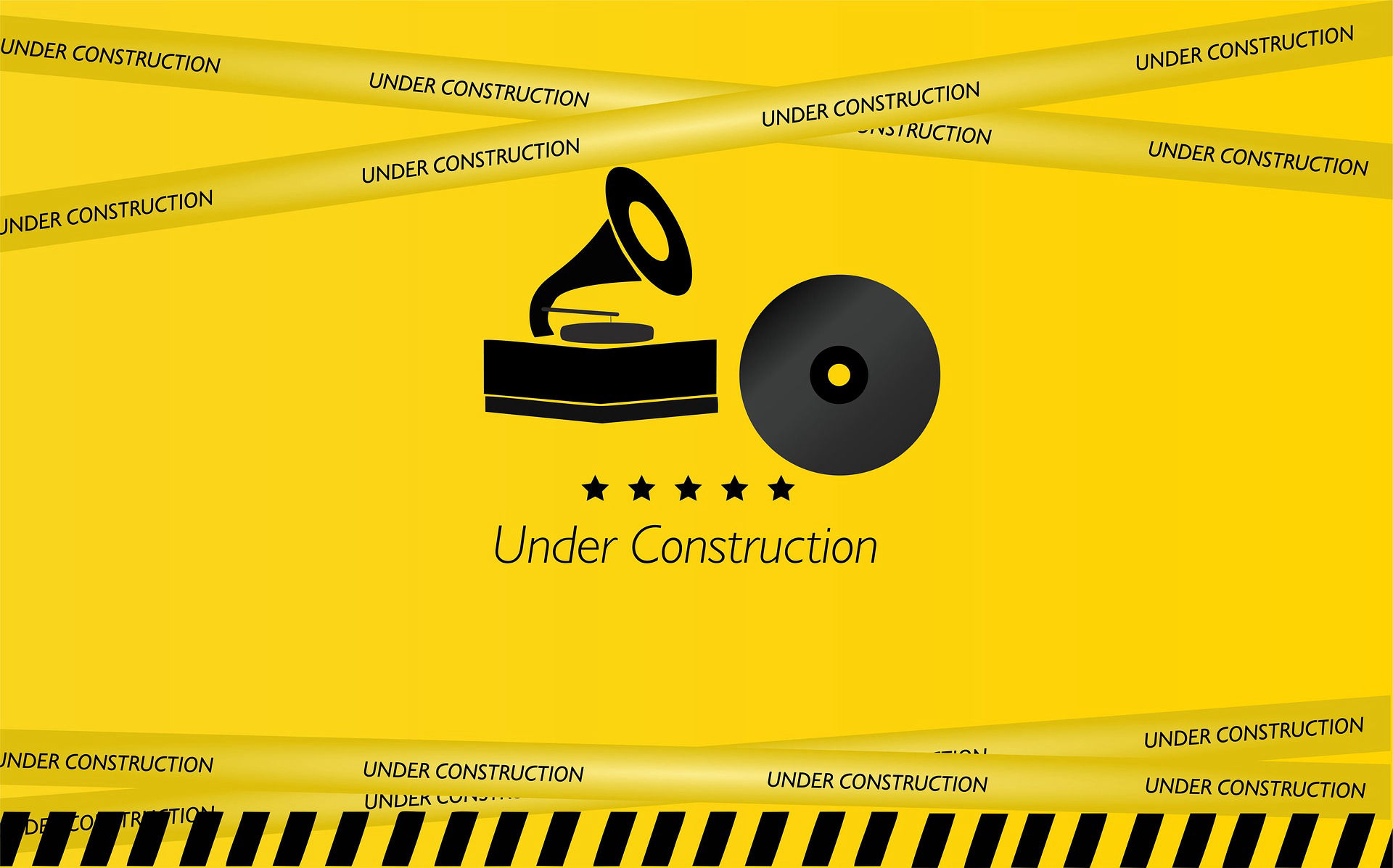 Feedbacks are always welcome. Email us.

Designed on Mobirise
Powered by Netlify
Secured by Cloudflare

Made with Mobirise ‌